First things first…
I’ll address the elephant in the room; the sudden change in blog name. I didn’t like it. ‘African Adventure’ just didn’t seem to fit what I am doing on the Africa Mercy, let alone in Africa, but it wasn’t until the 5 weeks On Boarding in Texas, that I found a much better name. On the Africa Mercy, I am serving as a Deck Hand, or a ‘Deckie’ I guess. Slang, probably. And this is a diary of sorts, so Diary of a Deckie was a much more accurate name. Got it?
Good. Now onto the post.
As I write this, it is my first full day on the Africa Mercy (10th of November). I arrived on the ship on the ship yesterday, but I arrived in Guinea two weeks ago. I shall now give an account of what I have been doing for a month of almost radio silence. Besides from various WhatsApp or brief Messenger conversations and one Facebook post with a Thor Ragnarok reference.
So, I have since took a flight to Texas, where we stayed for a month, at the Mercy Ships International Support Centre. The first week in Texas, from the 23rd to 29th of September, I experienced the joyous fun torture of Basic Training, which was recommended for most crew going long-term. I met Jennifer, the Crew Nurse, Ian, a general supply assistant (both returning to the ship. It’s always helpful to be friends with helpful crew like the Crew Nurse. At least that’s what I think) and Liz and Barney, and their two young boys Noah and Judah (Like me, first timers and Brits. Barney is the Finance Director) We were also joined by Andrew, A YWAM (Youth With A Mission) worker. So, the Basic Training. We did First Aid training. I already achieved Level 1 Basic First Aid with St John Ambulance Cadets, but I had to do it again as part of the U.S. Coast Guard Basic Safety Training Certificate, so nothing was new to me there. Apart from bandages with the pad and wrap as two separate things instead of one thing that I am used too. (I have accumulated so many certificates this last month) We also had to do Personal Sea Survival. That was fun. Learned how to drop a life boat. I don’t think it is ‘dropping a life boat’, but it’s a fairly accurate description. As a deck hand, I most certainly could be put on one of the teams responsible for operating the ropes for releasing the life boats, so that was essential. Also learned how to upturn a capsized inflatable life boat, and wore a ‘Gumby’ suit (Sorry, Americans, if it’s spelt wrong) Apparently Gumby is a green claymation character in the States. American equivalent of British Morph. Last but not least (We actually did it first, and there was another section that I forgot) Fire Fighting! Oh Boy! That wasn’t terrifying at all! It was all interesting, and useful to know all the uses of the different Fire extinguishers (The one feature, I meant what fires the different extinguishers are used against). We also had to put out a fire and rescue a dummy in a burning container (two different activities, but in the same container) Stressful stuff, and I don’t wan’t to do that again, but I guess I will see if I am put onto a fire team, because I am a deckhand, then I will probably have to do that stuff.
After surviving all that, it was time to start the On Boarding. We were also joined by Merryl, an Aussie returning to the ship as an Operating Room Clinical Supervisor. And our crew On Boarding group was assembled. Everyone else at OnBoarding were International Support Centre Workers, and they are all very cool. (Shout out to our On Boarding class International Support Centre classmates!) The On Boarding was actually very useful and interesting, if a bit complex and hard to get my head at times, but I would recommend it. I learned about ways that God communicates to us, how best to dedicate a time to spend time with Him. On one Saturday morning during the On Boarding to practice this after that week, which was good to put that into practice. It honestly feels so good and amazing to feel that you get a divine response. One week is dedicated to learning about yourself. Because you learn something new everyday. Even about yourself. This was your DISC profile Whilst I was working on a poster with Crystal (ISC worker and On Boarding classmate) and Rachel (One of the On Boarding Teachers/Lecturer/staff member) about our common profile, I tried to joke about how the DISC profile is the adult equivalent of your Hogwarts house. No-one laughed. The poster was about how I, as a Steady Confident person (SC in DISC) like to interact with others. Basically I’m an Introvert. Nothing new there. We also discussed different worldviews, and working with those we serve from other cultures. Important to know when serving in Africa. These are few of the ‘highlights’ or what I most wanted to share about the On Boarding. 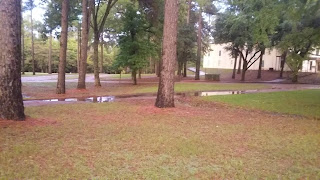 Living in Texas. That was a very interesting and eye opening experience (Everything we learned was also both of those things) living in America.  Most Texans (if not all of them) and most other Americans (if not all of them) would say that Texas is basically its own nation. I was expecting culture shock going into Texas, but honestly, I knew quite a bit about  of the culture from research on the Internet. By research, I mean mindlessly watching YouTube videos or American comedies with no intention to learn anything, so I was like “OMG! There’s an American thing that I know about from the Internet!” and my parents were like “What?”. An example was seeing a 7-Eleven in Fort Worth airport, and they had no idea what I was talking about. The surprising thing about Texas was how big everything was (I know the saying) in terms of the space. There was so much space between two buildings, unlike the UK, where you would immediately see building-after-building with no space in between . But guns in a Wal-mart was no surprise to me (thanks, Internet) However, cowboy churches were a surprise. No explanation, because I don’t know why anyone thought that cowboys and churches needed to be put together, but there you go. Especially a church with a functioning Rodeo arena. Then came the first experience of a Texas storm. Set the scene. Me and my parents had just finished another episode of the new series of Doctor Who, thanks to a VPN. This makes me very happy, if you know how much I love Doctor Who. Also, Jodie Whittaker is great as the Doctor, loving the new series. I was not staying where my parents were staying, so I had to walk back. Then I saw the lightning and heard the thunder. Because Texas lightning was amazing and was nothing like I had ever seen before, I waited around and watched for a while, before I went back to my accommodation. I wasn’t too far from my accommodation, when “CRASH!” followed by a very bright flash of lightning. Then I ran faster than I ever had in my life. We also visited Tyler Zoo. 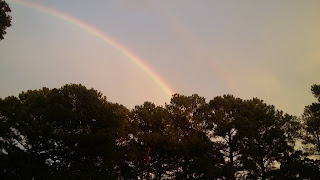 Then, it was time to leave for Guinea. Lead by our leaders Stefan from Germany, and Dutchie lady Remy, we all  drove to Fort Worth airport (Most of us. Ian and Merryl got their own way there), but not before a a visit to an In-an-Out. In-an-Out is good, because it is literally In-an-Out, with limited menu options, so  there is no “Can I get uhhhhhh…….?” Besides from the wait time. We got on the planes to Atlanta, Atlanta to Paris and Paris to Conakry, with a fuel stop (I think?) in Noukachott, Mauritania. It was very strange just looking out the plane window in both airports, as Noukachott was desert, and Conakry was city. After being allowed to skip the queues in Conakry airport, getting ALL of our luggage (Huzzah!) we separated from the Goodalls, who went straight to the ship and drove to our field practice accommodation: a missionary compound. Those two weeks of field practice, we worked with that community. The men: Myself, my father and Ian worked on some DIY, including organising and cleaning the workshop on the site, and a kitchen island and sink unit in the flat for one of the workers there. And Stefan went elsewhere. He usually said grocery shopping, but most of the time, we didn’t know where he was going. The ladies: My mother, Jennifer, Merryl and Remy helped out at La Zone, A youth centre, where the Guineans can come to learn English. Also, on Friday mornings, they do ‘Conversation Classes’ where a theme is discussed. We took part in special Conversation Classes the first week of field practice, where the men and women are separated. The ladies had a lesson and discussion about women’s health,  where as the men were discussing what it means to be a man. I enjoyed that, and it was a really special moment for me, because it was very interesting to hear very different cultural opinions about masculinity and being a man. It also interesting to hear different opinions about being a man IN THE SAME COUNTRY, because of the different ethnic groups in Guinea, such as the Fulani, the most widespread  Muslim ethnic group in Sahel and West Africa and majority group in Guinea, the Madinka and the Sousou.

After a final meal out at La Special, it was finally time to join the ship! At the end of the OnBoarding in Texas, I  just wanted to get to the ship so bad, and walking up that gangway for the first time is as special as others will tell you. As I write this NOW, it is Saturday and I have finished my first week of work, and being a deckhand is so fun. Asides from working in the blazing sun of Africa in a boiler suit. So far, I have done painting and chipping, cutting rags, and started on my own project assigned by my boss, Femi, the bosun. Haven’t finished that yet, but from what I have been told from a fellow deck hand that quite often, we will be given a task and it may or may not be finished. I also spent this morning on the dock helping to unload one of the containers from Rotterdam. It was one of the cold containers, though, so I was grateful to be working in there that morning. After a coffee break, though, I was sweeping Deck 7 to clear all the dead/dying in agony bugs as Pest Control had been working on the ship this week. 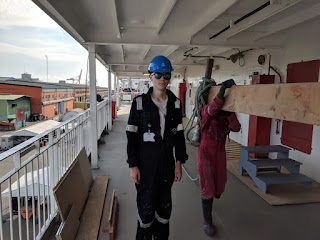 I plan to a monthly blog post, if anyone is wondering. I just decided to do one blog post about my experience of Texas and the field practice.

Sorry for the bad photo placement. At least I have finally finished this post.