2014 is fast drawing to a close and this time next week (18th) we’ll be on a plane UK-bound for 2 weeks of holiday and catching up with family!  It’s been a year of adjusting and learning; a year of grappling with Tanzanian culture and a year of new experiences – most of them good ones!

Since our last newsletter we have attended two pastors’ conferences – one at Sanga Sanga and the other in Lindi, a 12 hour drive away in the south of the country.  The conference at Sanga Sanga was well attended with over 70 pastors and their wives coming from all over the diocese.  We all crammed into the very first building put up on the Sanga site, which is essentially the pump house!  We look forward to the day when our conference hall is built and we can welcome even bigger groups of pastors for Bible training, fellowship and respite – no pressure Matt Dixon!  More details about that next month.

The Lindi conference was the last of 8 this year.  As well as Tanzanian pastors and evangelists, it was good to meet up with some of our AIM colleagues who are based in various locations near Lindi, some on TIMO and post-TIMO teams.  Lindi is right on the coast and was picture-postcard pretty in some ways but boy, was it hot and sticky!  In future Steve will be following the example of the Tanzanians and taking a ‘preacher’s flannel’ with him to mop his dripping brow!  He taught three sessions in Swahili and was encouraged to receive good feedback on his pronunciation.  That seminar brought to a close his preaching this year on the subject of ‘Miraculous Movements’ and in the first few months of next year he’ll be preparing talks for the 2015 calendar of seminars.

In the last few weeks we’ve had a couple of interesting and very different cultural experiences; a baptism and a wedding.  Tanzanian weddings aren’t known to be brief affairs and we braced ourselves for a long day.  The service was due to start at 2pm and we were assured in advance by the pastor that it would start on time.  When we arrived at 2.30pm the church was still only a quarter full, the bridegroom was sitting outside in his car (making the most of the AC) and the bride had not yet arrived!  When things eventually got underway we were interested and slightly amused to see all the members of the wedding party dance down the aisle – the groom, his best man, the bridesmaids and the bride – imagine that in the UK!  The bride came in by herself, sashaying demurely halfway up the aisle where she waited for her groom to come and meet her, he looking rather self-conscious as he shimmied down towards her!  He lifted up her veil and the two of them continued up the aisle together.  There was a real atmosphere of celebration and of course the music and singing was full on!  Needless to say, at the end of the service the whole wedding party shimmied back down the aisle!

In many respects the service resembled a western one, with traditional vows and giving of rings.  We noticed that many guests drifted in throughout the service but nobody took offence at their lateness. Oddly, the groom’s parents arrived towards the end of the whole service, long after the vows had been said, perhaps due to the traffic chaos in Dar.

The wedding reception was a long, loud affair with lots more dancing!  Although we had only met the groom once before, Steve was called upon to open the proceedings in prayer – talk about lastminute.com!  The MC did a great job at keeping things going but even so, the food wasn’t served until 10pm – mysteriously lots of guests arrived just before that time!  After that came the grand presentation of wedding gifts!  First went the two families, dancing and holding their gifts aloft, followed by friends and other guests, including us, yes, shimmying all the way!  We then shimmied right out the door as by that time it was 10.30pm and that was enough for us!!  Although it was a long day, it was on the whole a good experience, similar to a UK wedding but a whole lot louder!

Last month Steve was invited to preach at a baptismal service in a village where 15 people were being baptised.  We gathered, not around a neat and tidy baptismal pool at the front of a church, but around a large watering hole used by the Maasai to water their cattle!  Although there were no cattle present at the time, there was ample evidence of them having been there!  A couple of Maasai women were busy washing their ankle jewellery and a local guy backed his car up to the water’s edge and proceeded to wash it inside and out!  The pastor conducting the service was most concerned about getting bacteria in his feet as he stood waist deep in the water with the squelching mud reaching mid-shin, and the last lady to be baptised refused to go right under – despite the pastor’s best efforts in trying to force her under, with both hands on her shoulders!!  Then it was back to the ‘church’ – or should I say the back garden of someone’s house, where a couple of large tarpaulins had been tied together and erected as a make-shift shelter. Somehow over 80 people managed to sit underneath it for the duration of the four-hour service, of which only 35 minutes was Steve’s contribution!  He managed to preach in Swahili on the subject of discipleship, and what the Bible has to say on what it means to be a genuine disciple of Christ: are we really following Christ?  Are we living our lives with Him at the centre?  Are we bearing fruit and pointing others to Christ?  Distractions included numerous chickens running around the place; the crowing of cockerels, the loud and crackly sound system and a number of breast-feeding mothers on the front row!!  The service was followed by a rice and bean feast, and yet a few more ‘thank you’ speeches, and at 4pm everyone began to drift off to their homes.  All in all, a long day but an interesting cultural experience!

Last month we mentioned boils.  Ruth still continues to suffer with them, having had several in her ears and one on her leg which turned into an abscess.  Thankfully we were able to see a doctor in Dar who, rather than lance the wretched thing, prescribed ointment to apply inside her nostrils as apparently that’s where the bacteria causing the boils reside – who knew?!  Please pray that the ointment will be effective and that the boils become a thing of the past.

We wish you a joyful and blessed Christmas as you celebrate the Saviour’s birth. Thank you so much for all your support, prayers, cards, gifts and emails to us this year.  We’re sorry that our fleeting visit to the UK doesn’t allow us time to visit you all – that will have to wait until home assignment in 2016!

– Praise God for safety in the hundreds of miles we’ve travelled in Tanzania this year.

– Pray for a good time with family this Christmas.

– Pray for good health and respite from boils!

– Pray for Ruth as she begins to prepare another English course for the New Year.

– Praise God for a good year of settling in to Morogoro and the ministry we’ve been involved with.

Random photos of the month: 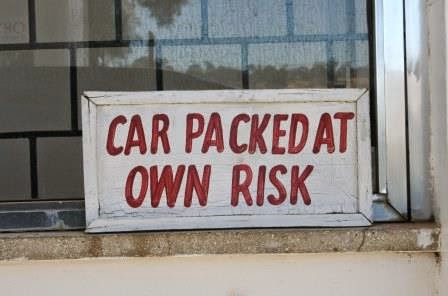 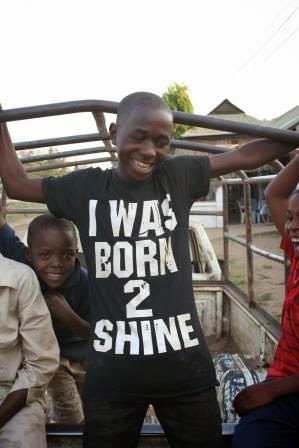 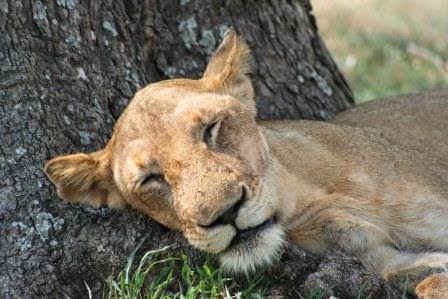