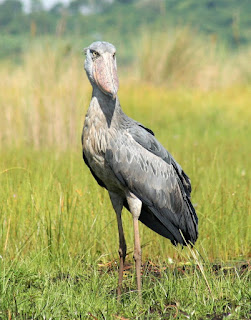 Although they now seem like a distant memory, we very much enjoyed our Christmas hols in Uganda, hosted by our friends the Swansons & the Kinsellas.  We picnicked in Entebbe Botanical Gardens on Christmas Eve, got within touching distance of a southern white rhino in the conservation park, and sat down for lunch on the shores of Lake Victoria as a swarm of lake flies passed through!  Looking across the lake we thought we’d seen huge plumes of smoke rising from the water, only to discover that they were in fact millions of lake flies!  Thankfully they don’t bite, but it’s a good idea to check your sandwich before taking a mouthful!  The birders amongst you will also remember that our birding mission was to catch a glimpse of the mysterious Shoebill with its fat hooked beak.  Our boating trip into Mabamba Swamp did not disappoint, and we had some great views of this weird and wonderful bird, also known as the ‘whalehead’! All in all, a great Christmas break, although there’s still a ‘strangeness’ about celebrating Christmas
in Africa. 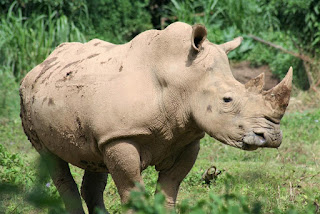 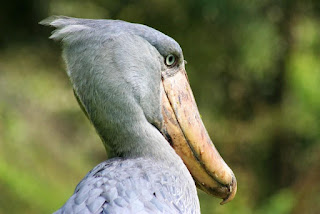 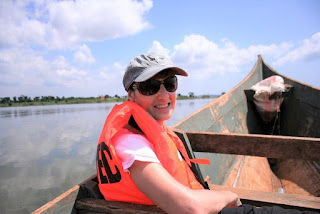 “From the lips of children and infants you have ordained praise” (Psalm 8:2). I often travel to see
various missionaries, and am privileged to get a glimpse of what Christ is doing through them in
their ministries.  You may remember in our last newsletter, I mentioned that an AIM TIMO team had
established a nursery school in the rural village where they live, and that 25 children had made it
through their first year of education. That team is only two months away from finishing and I want to
refer to an article produced by AIM recently, highlighting the way in which God has used the team to
reach out to the children of the village with the gospel.
One of the team members shares the following: “Our village leader, Mwenyekiti, is a force to be
reckoned with.  She is well respected in the village and is full of wisdom.  She is also adamantly
opposed to hearing about the gospel of Jesus Christ.  Many of the members of our team have
shared the gospel with her countless times but she usually responds with a polite, “Maybe another
day” or “That’s great for you but I’ll stick with my religion.”  She has made it pretty clear that Jesus is
not for her.  Nonetheless, her youngest son and four of her grandchildren are students at our nursery,
an openly Christian school.  A few weeks back, Mwenyekiti mentioned that she was fairly certain her
son was ready to profess Christ as his Saviour.  We were thrilled to hear this, of course!  The
conversation went on and Mwenyekiti casually continued, “I expect this next generation to all be Christians because of the school.  They won’t be Muslim anymore.”  Yes! Praise Jesus! This is our prayer.”  This has not been an easy three years for the team, so it’s great that they are now
beginning to see a few seedlings growing in what has been a very tough soil to cultivate.  For the full
article click on the following: https://eu.aimint.org/ziguafeb2020/
Day-to-Day stuff!
When we’re at home in Morogoro, it’s pretty much routine and humdrum stuff!  The power surges continue, the water supply is intermittent, the sugar ants run riot in the house, the often-repaired potholes grow deeper…. and the traffic police still circle like vultures waiting to pounce!  Ruth has spent a lot of time over the last few months at Sanga, beavering away at getting the accounts up-to-date, tracking down payment vouchers and receipts.  At the moment she’s working on end-of-year financial reports for AIM, but by the end of the month, she’s hoping to have signed-off
on ‘the money’, and will then turn her attention to fundraising and marketing.  This has been
a huge undertaking for Ruth, and her diligence and persistence is definitely winning through.
In terms of teaching material for this year’s conferences, I’ve chosen to look at the Gospel of Mark, focussing on Jesus as the suffering servant.  It’s the shortest Gospel, the earliest Gospel, and
probably the liveliest with everything happening at a quick pace.  You’ll find that every preacher has
a favourite word, and Mark’s is definitely ‘immediately’ or ‘straightaway’.  He uses it over forty times!  “Immediately Jesus made his disciples get into the boat.  Immediately Jesus knew in his spirit what
they were thinking.  Immediately blind Bartimaeus received his sight.”  It’s a gospel full of action and
you are hurried from one scene to the next. Mark manages to pack a lot into his Gospel, although if
you add up all the events that he portrays, they only come to a period of three weeks in the life of
Jesus.  Ironically, at my current pace, it’s going to take me three months to prepare eleven teaching sessions! 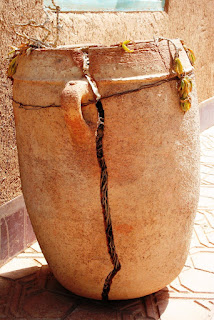 Treasure in Jars of Clay
Some of you know that poor sleep has been an issue for me over recent years and this has often been accompanied by other
health complaints (stomach, headaches, etc).  These past few
months have been quite tough for me in terms of general health.
Last year whilst on home assignment I was encouraged to
consider counselling, to explore whether these symptoms could
have a physiological basis.  This led to a diagnosis of ‘generalised
anxiety disorder’.  It would seem that I’ve had this for many years
and that living and working in Tanzania has exacerbated things, causing it to bubble to the surface.  I won’t go into detail but
having trouble sleeping is just one of the symptoms of this
disorder!  I’ve also been aware that I’m not tolerating the stress of
cross-cultural living as well as I once did, and this has been accompanied by the feeling that there’s not much left in the tank.
A few weeks ago, following advice from a few folks, I travelled to Nairobi for a medical and for further counselling with AIM’s dedicated counselling service.  What
came out of those sessions was a further diagnosis of burnout and mild depression, resulting from
stress and anxiety which hasn’t been managed well. It was a lightbulb moment for me because I
found that I was experiencing many of the symptoms listed under ‘burnout’: no emotional energy left, digestive problems, increased irritability, reduced ability to concentrate, poor sleep, aching joints/
muscles, and mental exhaustion.  It’s no wonder that the tank feels empty!
As a result, we’ve made a number of decisions that we hope will reduce certain stressors and may
enable us to finish our work here in a timely way.  I will be heading back to UK on Tues 25th February
for a month’s medical leave, based in Cumbria with my parents, whilst Ruth will stay to continue the
work at Sanga.  We’ve also been advised to finish here in Morogoro sooner rather than later, and so, although we were planning for this to be our last term, we’ll now aim to finish at the end of November
this year, rather than November 2021.  We realise that a month’s medical leave is not going to turn
me into Superman and clear up all the issues!  However, we hope that it will provide some
recuperation, whilst giving medication the chance to do its work, so that on my return I’ll be able to
finish the conference season, work towards a good handover, and that Ruth will be able to train up a Tanzanian accountant at Sanga.  We’re committing our way to the Lord in this and praying that our
plans will succeed (Prov 16:3) – but we’re also well aware that, “in his heart a man plans his course,
but the Lord determines his steps” (Prov 16:9)!  If we need to finish earlier, then we will do so, but we
want to try and handover in the best possible way.
Note from Ruth: It’s fair to say that the last few weeks have been challenging for me as I’ve ploughed
much time and energy into sorting out Sanga Sanga’s accounts and at the same time tried to be a
patient and sympathetic wife to Steve!  I know that many of you have been lifting us up in prayer.  I
am certain that your prayers for me have been answered and I’m praising God that He has given me
the needed strength and ability to persevere when ordinarily I might have retreated to a dark room for
an indefinite lie down!  My grateful thanks to you for your prayers.
Praise & Prayer Points:
– Pray for Ruth as she ties up last year’s accounts and reports to AIM by the end of Feb.
– Please pray for Steve as he heads home to UK for medical leave, that there would be some healing
and a renewed energy to finish this task.
– Pray for Ruth in terms of safety and security as she stays in Tanzania. The longest we’ve been
apart in 11 years is 13 days!  Pray that there won’t be any emergencies or problems to sort out at
home or at Sanga Sanga.
– In a few days we’ll be advertising for the position of an accountant/book-keeper at Sanga.  This is a
key position at IBM so please pray that we’d have some godly and gifted applicants to choose from.
– Please pray for the Zigua team as they prepare to finish up, and for the children who are hearing
the gospel; that these seedlings will spring up and produce a good crop!  Pray also for the Tanzanian
couple (the Kimoyo’s) who are staying on to continue the work.
Dates:
25th February            Steve flies to UK for medical leave
22nd March               Steve returns to Tanzania
8th April                     Ruth & Steve fly to UK.  Ruth spending time with her parents
9th-18th April             Steve leading Oak Hall Israel trip (DV)
20th April                   S&R fly back to Tz 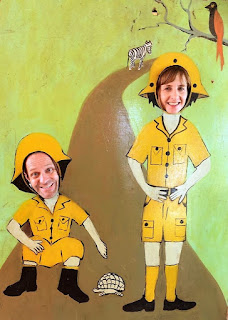